60ish Missouri male executive wanted to stop looking so tired. He was constantly asked if he felt ok because he looked worn out and fatigued. Dr Michele Koo performed an upper and lower eyelid rejuvenation for him as an outpatient. The after photograph is taken 3 months after the surgery: the patient has a clean crisp upper eyelid, the lower eyelid festoons, malar bags, and eyelid puffiness has been removed. Dr Koo removed the excess skin and fat from both the upper and lower lids rejuvenating the entire face. The patient looks very rested and smooth, NOT pulled, done or peculiar. The patient’s greatest fear especially as a male was to look fake and pulled. He has neither of these features and is thrilled to simply look more like he did 20 years ago, rested and refreshed! His friends, associates and even his wife tell him that he also doesn’t look as angry any more!! 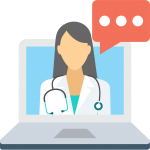